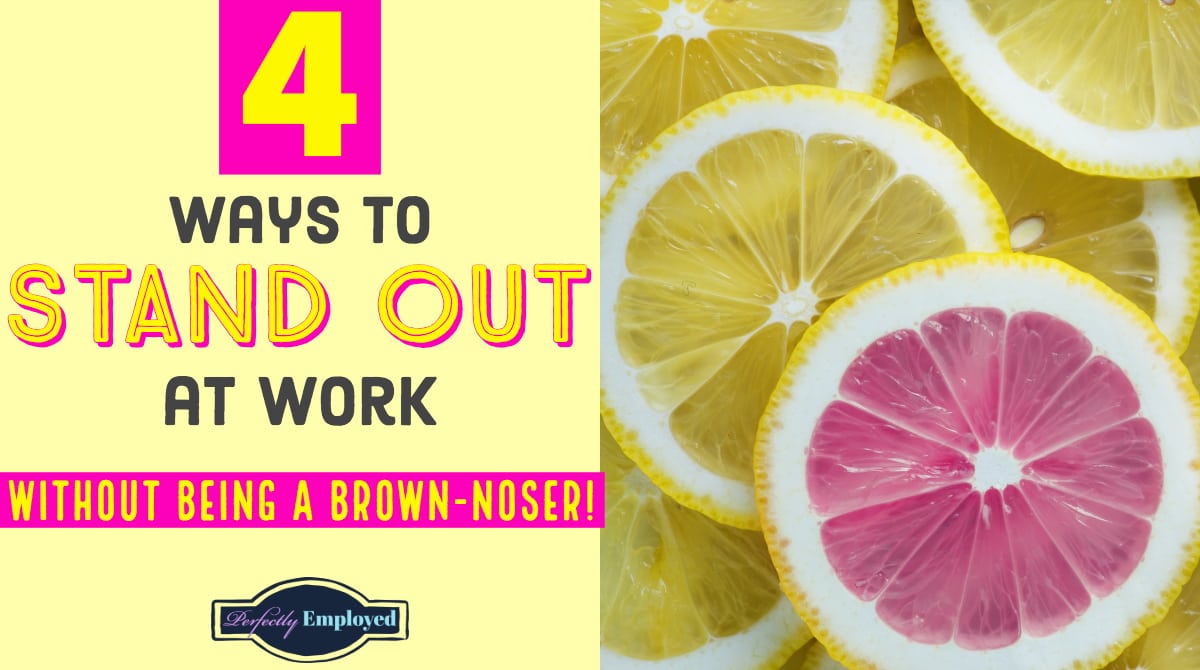 Those who are most successful in their careers always have their endgame top of mind. For most people, the end game is becoming the boss, making big bucks, and retiring to a tropical paradise at an age young enough to enjoy it.

Reaching your end game can be a problem, mainly because there aren’t many positions at the top. You have to find ways to stand out from the crowd, and it can be challenging. Many people resort to brown-nosing, but it’s a short-term solution. Most bosses see through it. Besides, when you do reach the top, you’ll want your peers and subordinates to respect you, and no one respects a brown-noser.

To stand out at work, craft your image as someone helpful, responsible, respectable, and community-minded. Here are four tips to get you started:

Emails and instant messages are quicker and more efficient during a busy day. But, they lack the personality of speaking to a person’s face. It’s hard to convey your message when the reader has to take in the text via a computer screen. Unless you’re an unbelievable scribe, then it will seem as generic as every other email they get during the day. Plus, stopping by a boss’ desk encourages both of you to build a relationship. It may not be substantial, yet it can be the difference when there is a discussion about a promotion and your name pops up mid-conversation.

Employees are naïve and assume everything is the way it is for a reason. The truth is nobody has taken the time to figure out a resolution, or they don’t have the ability. Your boss would love to find a fix but doesn’t have the time or inclination. Yvonne Yancy recommends mending the problem because that’s how you stand out. It may not happen instantly, and you shouldn’t promote the fact, yet someone will realize your contribution. When they do, they’ll appreciate the work ethic and the humility.

Every office has processes that slow productivity. Identify those processes in your office, and instead of complaining about them, find a solution and propose it to your boss. Your reputation will be set!

You should do this both internally and externally. There are many reasons for this, the main one being you will need favors in the future. The more people in your little black book, the easier it is to find a solution to a problem. Secondly, they’ll need to rely on someone at some point too. Doing a person a solid, especially if they are in a position of power, is a very good place to be regarding office politics. Oh, and the fact everyone knows you will showcase your management qualities, says Carina Wolff.

Businesses love people who volunteer because it fills a gap and it’s free of charge. From your perspective, there is more to it than adding to your resume. Not only will you be seen doing something philanthropic, but you’ll get to see things too. For example, there may be bosses at the events who say things they would not in the office. As well as listening to them, you can bond on a level which isn’t possible at work.

Wouldn’t you be impressed by someone who works hard and makes helpful connections?