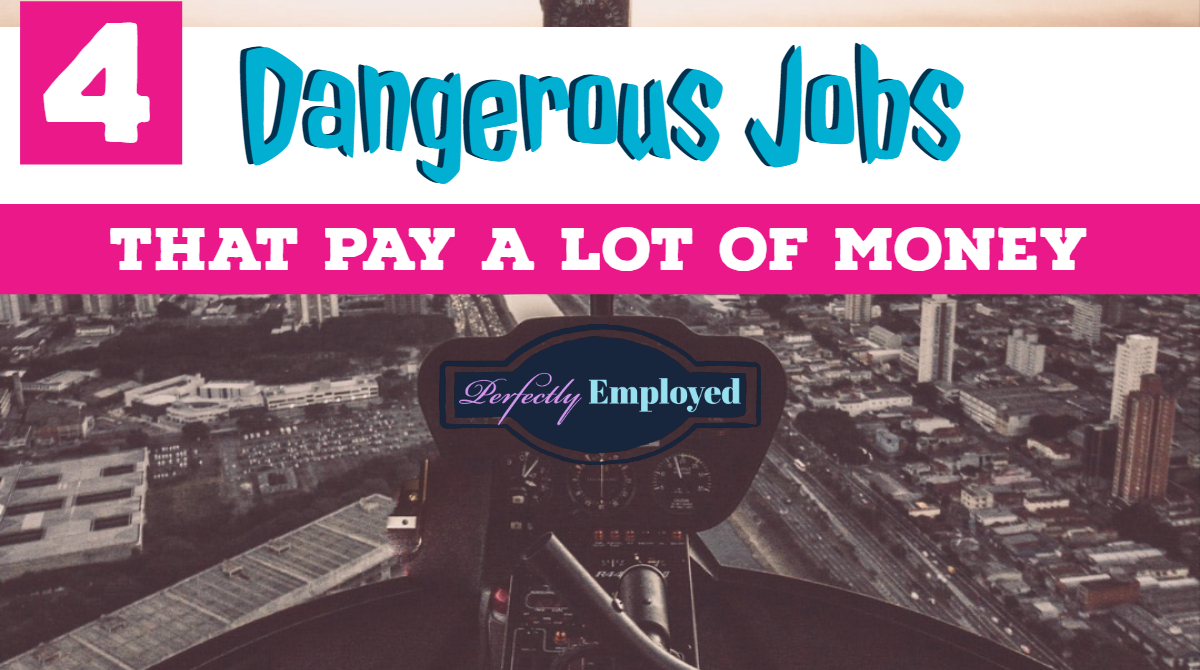 What’s your priority when you’re looking for a job? Is it finding something that pays well or maybe something that gives you a lot of job satisfaction? Whatever it is, you’re probably not searching for the most dangerous jobs out there, why would you? But what you’re forgetting is that somebody has to do those dangerous jobs. Because of all of the risks involved, you’ll get paid very well for them. If you’re a bit of a daredevil and you don’t mind putting yourself in harm’s way, you could earn a lot of money doing one of these dangerous jobs.

When you think of fishing, you’re probably picturing a nice serene lake with a few camping chairs and a rod dangling in the water, which doesn’t sound very dangerous at all. But that’s not where all of the fish that we eat comes from, that comes from deep sea fisherman and that’s an incredibly dangerous job indeed. The waters out there are so rough. The crews are spending extended periods out there living on a tiny boat together. It’s not uncommon for people to get knocked overboard by the nets. When that happens, there is almost zero chance for survival. But the dangerous conditions on the boat do mean that you get paid good money for your catch. A lot of deep sea fisherman work a few months on and then a few months off, so you get a lot of time to enjoy all of the money you’re making.

When natural disasters like earthquakes and floods hit, they can cause some serious damage. That’s why there are people who work in disaster management so they can prepare risk areas for natural disasters and help to limit the damage afterwards. If you want to apply for a job in this field, you’ll need a disaster and emergency management degree before you’re qualified. There’s a lot that goes into planning for and dealing with disasters like this. The margin for error is next to nothing because people’s lives are at stake. But, of course, you will get paid a good salary for putting yourself in dangerous situations.

Being a pilot is often considered a very glamorous job because the pay is great and you also get the chance to travel for work and see places around the world. But there is a downside to being an airline pilot because it can be incredibly dangerous. People don’t realize this because we’re often told that air travel is safer than driving a car. It’s not crashes that make being an airline pilot so dangerous. Surprisingly, it’s overexertion and bodily reactions to long haul flights that really takes its toll on pilots and can cause some serious health issues.

It’s no surprise that policing makes it on to this list. Officers are constantly putting themselves in dangerous situations to protect the public. The most common cause of injury is assault by criminals that they’re trying to apprehend. However, you’ll be handsomely rewarded for being a police officer with a decent salary and some great retirement benefits.

Taking on a dangerous job might not sound like a good idea. If you want to earn a lot of money, it’s often the best way.